Find Every Satellite TV
Provider In Your Area

For Every New Connection

See plans,prices & rating for every Satellite TV provider in your area

DIRECTV-NEL SUNDAY TICKET Offers out of the market games 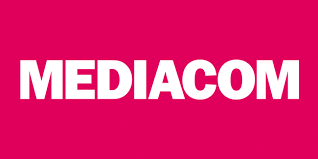 Satellite Television is a kind ofservice of broadcasting Television programmes to the personal TV sets across the world . This is done via a network of radio signals, broadcast centres, communication satellites and outdoor antennas. Signals are transmitted through satellites orbiting the earth and sending them to back to the land where they are received by regional satellite TV. Various other instruments used are routers, graphics cards, internet cables, receiving equipment etc.

Have you ever imagined how the satellite TV works? How can we see our world's best shows while sitting in our rooms? Whether its Direct TV or dish at home, the working procedure is the same. There are five steps or components involved in a satellite system:

The broadcast centre: the TV provider receives the signal from various programming sources and sends it to the satellites placed in geostationary orbits.

The satellites: they are like receiving station of various beams of programming from the broadcasting stations and resend them to earth to different other stations.

Viewer's Dish: The dish installed at the top of our homes or offices are at a particular angle and are of particular shape They pick up the signal from one particular satellite or multiple satellites in sky and passes it to viewer's TV

The Reciever: setup boxes or some other receiver converts the signals received from the satellites via a dish and passes it to our TVs

What are things to be considered while choosing Satellite TV?

Packages: Satellite TV companies many add on options like sports, premium and international channels with the existing plans. So just chose your packages wisely and according to your budget.

Pricing: Initially, for the first two years, the cost of satellite TV is lower than cable. Prices vary according to provider and location, so its best to compare the plans of all providers.

Contract: Satellite TV comes with the agreement of one or two years.

How to find the nearest Satellite TV provider?

Your search comes to an end when you land up here. Here on our website, you enter your zip code and will get all the service providers of Satellite TV along with their bundled plans, rates offers, packages and contracts — comparison of various plans and providers.

As you enter the zip code of the area, you will come across the available discounts and various festive or other exciting offers of different service providers

On our website, you will get providers details. Just contact or leave a message provider will come and do the installation work

Discover How Much
Internet Speed You Need